In 2018, the global market for biodegradable plastics exceeded 1.1 billion U.S. dollars, and the demand was 360,000 tons, with an average annual growth rate of 9%. It is expected to reach 1.7 billion U.S. dollars in 2023, and the demand will reach 550,000 tons. Countries all over the world regard biodegradable plastics as future substitutes for traditional plastics, and their application fields will become more and more extensive in the future. As a completely degradable bio-based raw material, PLA will play an important role. Among the various applications of PLA, the packaging field is developing fastest. Let's take a closer look at what are the popular applications of PLA polylactic acid in any field.

The non-toxic and harmless properties of polylactic acid make polylactic acid have unique advantages in the field of disposable products such as disposable tableware and food packaging materials. The degradable products made of polylactic acid can be completely biodegraded and also meet the high requirements of countries in the world, especially the European Union, the United States and Japan for environmental protection and hygiene and safety. Walmart utilizes PLA's high-quality air permeability and uses PLA materials to package foods such as bread and doughnuts to better ensure the taste of the food.

However, the disposable tableware processed with polylactic acid raw materials has defects such as intolerance to temperature and oil. This makes the function of its products greatly compromised, and there is a risk that the tableware may be deformed and the material will become brittle during transportation, causing a lot of defective products. However, after technological development, materials modified by PLA have appeared on the market. For example, PLA/PBAT composite materials and some PLA plastics added with modifiers can effectively overcome the shortcomings of pure PLA raw particles. So some products even have a heat-resistant temperature as high as 120°C and can be used as microwave oven utensils. 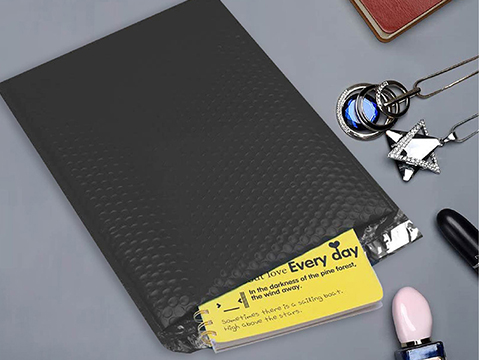 Japan's NEC company has developed PLA/KENAF composite materials with high performance. It is a modified PLA. The company's patented technology has greatly improved the impact resistance, heat resistance, rigidity and flame retardancy of PLA. Its products are used in the "LaVie T" laptop computer components sold in September 2004. In 2005, it was further promoted and applied to "LaVie TW, VersaPro" computer components

The biomedical industry is the earliest application field of polylactic acid. Polylactic acid has a high degree of safety to the human body and can be absorbed by tissues. In addition to its excellent physical and mechanical properties, it can also be used in the field of biomedicine. Such as disposable infusion tools, disassembly-free surgical sutures, drug relief packaging agents, artificial fracture internal fixation materials, tissue repair materials, artificial skin, etc. High-molecular-weight polylactic acid has very high mechanical properties. It has been used to replace stainless steel in Europe and the United States and has been widely used as a new orthopedic internal fixation material such as bone nails and bone plates. It can be absorbed and metabolized by the human body so that the patient is free from the pain of a second operation. It has high technical added value and is a polymer material with the development prospects of the medical industry.